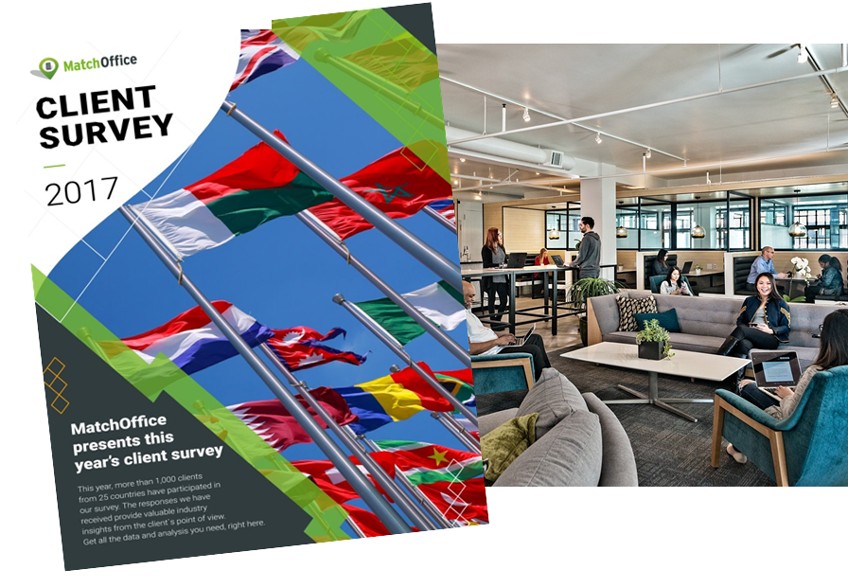 The demand for flexible workspaces and workstations is buoyant globally. Still more companies all over the business world prioritize the new modern design of office spaces.

According to the new Client Survey 2017 from MatchOffice.com, 60 percent of companies which currently are users of serviced offices prefer flexible work spaces and facilities instead of  traditional office space.

Also, the current trend shows that the clients of flexible office workspaces with modern design  tend to longer-term leases. Nearly 20 percent of these companies are now signing the 1-2 year or even longer contracts.

"The industry of flexible workspaces is booming worldwide. Looking at this year’s survey results, we foresee its further growth," Jakob Dalhoff, CEO at MatchOffice.com, says.

"They are so popular because they are universal and can satisfy almost all business needs. Flexible workspaces allow communication between colleagues irrespective of their rank, which is part of the new corporate culture."

Annually MatchOffice.com looks at the global developments of serviced offices and coworking spaces. This year, 1054 clients in 25 countries have contributed to the survey, which aims to identify how client preferences and satisfaction, type and length of contract and business needs have changed since 2016.

Convenient locations are becoming an increasingly insistent theme and also a simple demand for the company's choice of serviced and coworking spaces.

Besides rental rates, such factors as attractive office equipment and networking options are significant musts when the company has decided to change to serviced office spaces or other modern coworking facilities.

"The global increasing demand for networking is one of the key points in our new survey," Martin Roerholt, Global Relationship Manager at MatchOffice.co, says.

"In fact, the number of respondents who consider this factor to be important or even crucial when choosing new flexible office spaces has doubled since our Client Survey two years ago. Similarly, every 10th office client today trusts in other people's recommendations - that's five times as many as in 2015. "

For the third consecutive year, the client survey of MatchOffice.com, which operates in more than 100 countries all over the world,  documents an increasing number of larger (+10 employees) companies choosing flexible office spaces.

Today many companies are focusing on lower costs by supplementing a smaller number of permanent employees with freelance or part-time employees and have needs for scalable and flexible work areas and environments.

Flexible working areas are favored by an overwhelming majority of sole proprietorships and small companies with a maximum of two employees (74.2%).

""Freelancers and startups rather often prefer flexible office opportunities to maintain basic competitiveness while affording a range of facilities that they otherwise wouldn't be able to pay for themselves.

But definitely serviced office spaces are  also a perfect solution for larger companies which depend on a very flexible staff," Martin Roerholt adds. ● 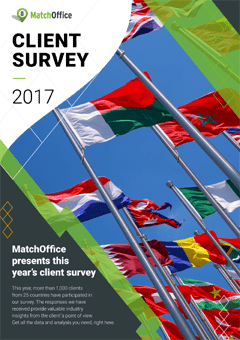